Or Give Us A Call To Speak To Someone Now 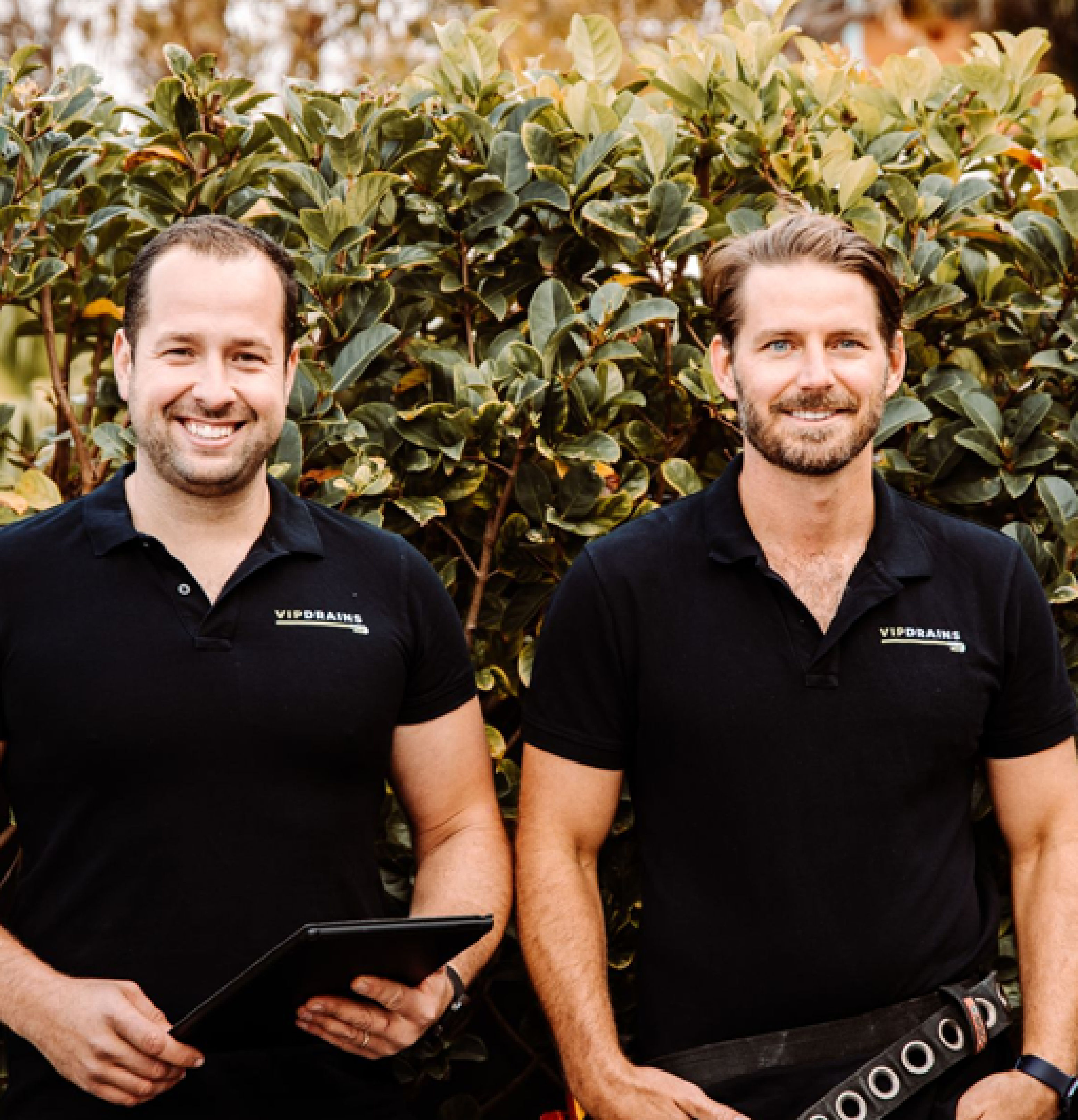 WE KNOW HOW TO UNCLOG A BLOCKED TOILET
DRAIN IN Sydney!

There is nothing more frustrating than discovering your toilet is blocked, or worse, having raw sewage back-up into your home. It is unpleasant and can cause a lot of damage. And while it is rare for toilets to get stuck, it is best to do everything possible to reduce the possibility of it happening. Most of the blockages occur because something has been left in the toilet that should not have been thrown out or have been there.

One of the natural (but annoying) parts of life is that sometimes, your toilet will get clogged. This small inconvenience can sometimes become a big stressor because there is simply no time in the day to fix a toilet. Furthermore, a blockage can lead to issues such as water overflow, the inability to use the toilet or even a burst pipe.

Therefore, the best way to avoid clogging the toilet is just to be careful and make sure everyone in your home is aware that the toilet is not just a garbage can: you cannot throw everything in there.

Knowing how to unclog a toilet in the cleanest and most efficient manner is our specialty! Unblocking a toilet in Sydney may be as simple as using a toilet plunger or toilet auger. However, some blocked toilets are symptomatic of a bigger problem further down the line in the sewer drain. These situations may require a more specialised solution. Our licensed plumbers carry the latest equipment to assess the cause of the toilet blockage and recommend the best solutions to get your toilet unclogged quickly.

Don’t get it clogged in the first place.

One of the most obvious answers to fixing a toilet is to not get it clogged in the first place. Blockages can be easily avoided by not flushing foreign objects down the loo.

Some people aren’t aware that toilets are not equipped for items to go down them such as baby wipes, nappies, pads, and tampons. Even flushable wipes are not supposed to down the drain. An easy alternative is to have a bin in the toilet area where sanitary items can be properly disposed of. It is also a good idea to break up thick toilet paper with a toilet brush before flushing. This is an easy way to ensure that everything going down the drain isn’t going to cause an issue. 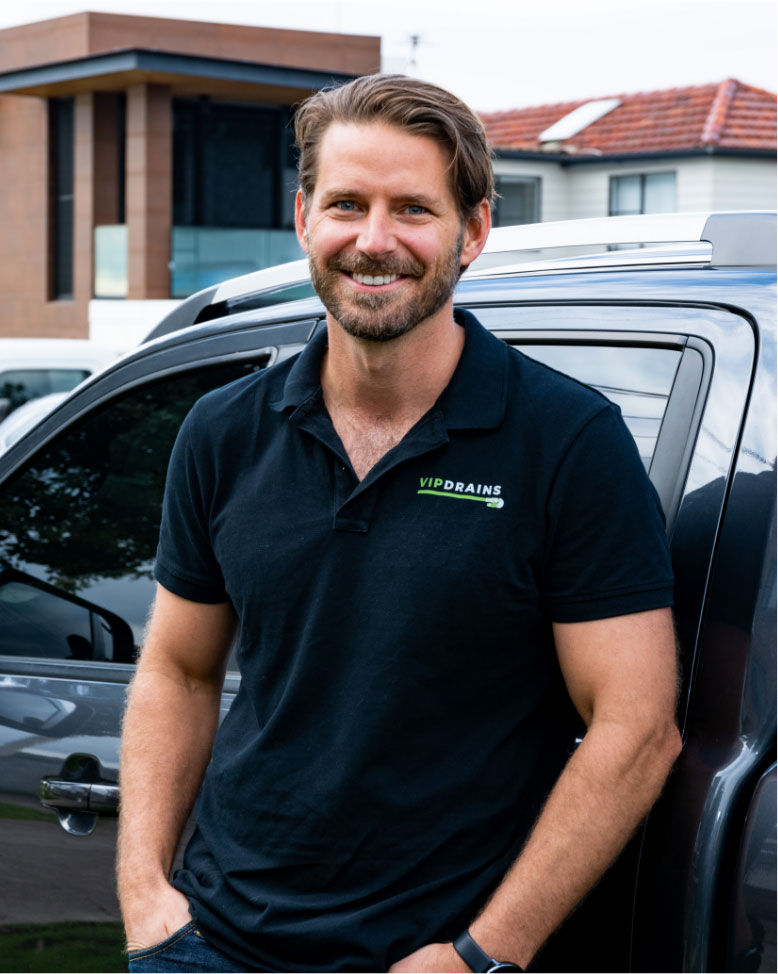 HOW TO FIX A CLOGGED SYDNEY TOILET? 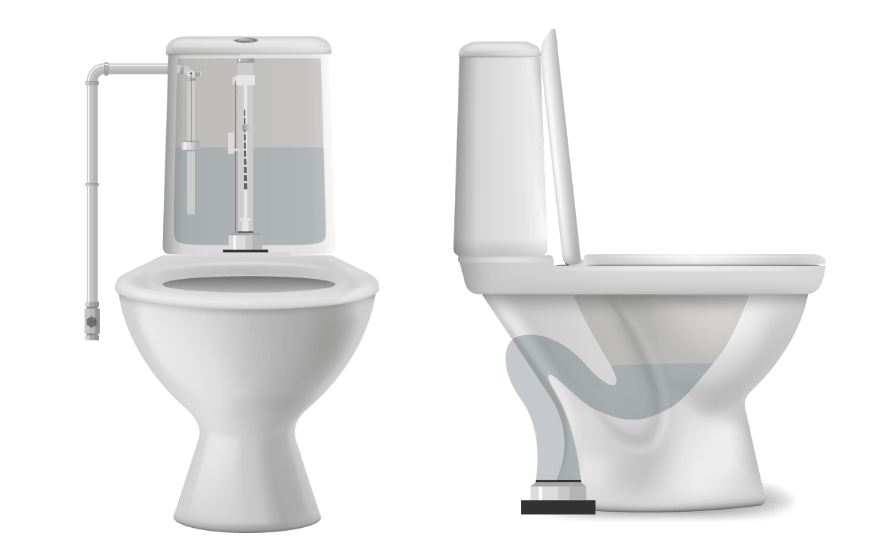 A blocked toilet in Sydney? Having a Sydney clogged toilet is never ideal, but when you need an immediate plumber now for blocked toilets, Sydney siders turn to our blocked toilet plumber. We completely understand the urgency of a clogged toilet and make it a point to come to your location quickly with all the necessary tools to fix the issue on the same day. We provide friendly plumbing advice before confirming a blocked toilet service appointment, which can often avoid a plumber's need. However, we must stress the obvious.

If your clogged toilet is overflowing, it may be something you preferably leave to the professionals as overflowing clogged toilets are not that hygienic and can be a potential flood risk. Furthermore, it may be something that a standard Sydney toilet plunger won't resolve, and something better left to a Sydney blocked drain expert. If you are experiencing a blocked toilet in Sydney, waste no more time and call VIP Drains. With the required tools and equipment, we can unblock your toilet quickly and without posing any damage to its structures.

We often get asked, Will a toilet eventually unclog itself? The truth is a clogged toilet will typically unclog itself over time if it is just a paper blockage. Most things that clog a toilet are water-soluble, which means they will eventually dissolve in the toilet water. If this does not work, you can try the good old plunger, a simple but highly effective way to clear blocked toilets. Following these steps to unclog clogged toilets will sometimes avoid a plumber repairing a clogged toilet with a plunger himself.

How to unblock a toilet without a plunger? The best toilet unblocker you can get your hands on without a plunger is a mixture of baking soda and vinegar, as well as a bucket of boiling water. The easiest and first thing to try when attempting to unclog toilets without a plunger is hot water. The addition of hot water might be enough to loosen the clog and dislodge the blockage. ..If the toilet is still draining slowly, pour a generous amount of liquid dish soap into the partially filled bowl. 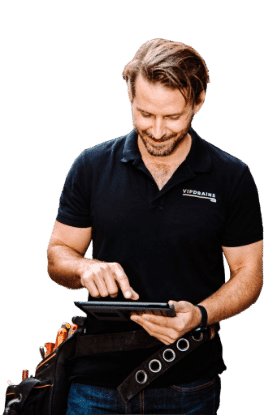 SEARCH FOR A
PLUMBER NEAR ME

Yes! VIP Drains Plumbing Sydney is a 24/7 emergency plumbing service, ready to be your specialist for emergency plumbing in Sydney. We excel in after-hours service with full-time, round -the-clock staff, making us stand out from our competition

Yes, all members of our team go through regular, mandatory and self-development training, not only within the company but through our service partners. Our Master Plumbers can help you with any plumbing requirements.

These are the signs of a blocked drain: If the water is beginning to pool around the floor drain, your toilets, showers, or bath are draining slowly, a distinctly bad smell coming up from the drain, a gurgling sounds after letting water down the drain or after flushing the toilet, the water level in the toilet bowl rises or gets too low and if you have overflowing drains outside.

WHY SHOULD I CHOOSE VIP DRAINS?

With a strong reputation of providing superior service, your local plumber appreciates and understands the requirements and expectations of its clientele within the Sydney. All members of our team go through regular, mandatory and self-development training not only within the company but through our service partners.

HOW MUCH DO PLUMBERS CHARGE PER HOUR?

Once on-site, we offer upfront pricing and charge by the job, not by the hour. Our prices are provided and explained thoroughly before we start – so you won’t have any surprises.

DO WE OFFER A WARRANTY?

Yes, we do! We take immense pride in our work and we want all of our customers to know that VIP Drains is a firm they can trust. That’s why every job we do is covered by a workmanship guarantee, giving you extra peace of mind.

Before we arrive, we ensure that you are aware of the service charges that apply to any work done outside the normal operating hours. We also clearly identify the nature of the call to determine if it requires immediate action or can wait until the morning, saving you money.

HOW DO I KNOW IF MY TOILET IS BLOCKED?

One sign that your toilet is blocked is that the water level keeps rising and doesn’t appear to go back down again. If you believe the blockage is local, you can try using a plunger. Otherwise, we recommend calling our drainage specialists. If you’re looking for drainage specialists who’ll always exceed your expectations, you know who to call.

HOW DO I PREVENT BLOCKAGE?

Ensure you always remove hair and other items from your bath or basin drainpipe cover. Do not wash or flush any matter down the drains. Kitty. litter, tissues, food matter, hair etc. Always dispose of these things in your bin to help avoid blocked drains.

DO YOU OFFER DISCOUNTS?

We have special offer where you save $50 off your service when you book online.

HOW DO I UNBLOCK?

The easiest way to unblock your toilet is with a plunger. Simply cover the outlet at the bottom of the toilet bowl then start by gently pushing down followed by pulling up. Gradually increase the force of your movements until the water recedes. Add more water then repeat the same action. If a plunger doesn’t unblock your toilet, it’s time to call Sydney plumbing Specialists VIP Drains.

WHAT SETS US APART?

We can identify the cause of the problem in a short time and think of the best solution right away. Our work is time-efficient and cost-effective. Our emergency plumbing services are all at an affordable rate and are properly insured. Also, there are no hidden costs, so you don’t have to worry about time induced costs. 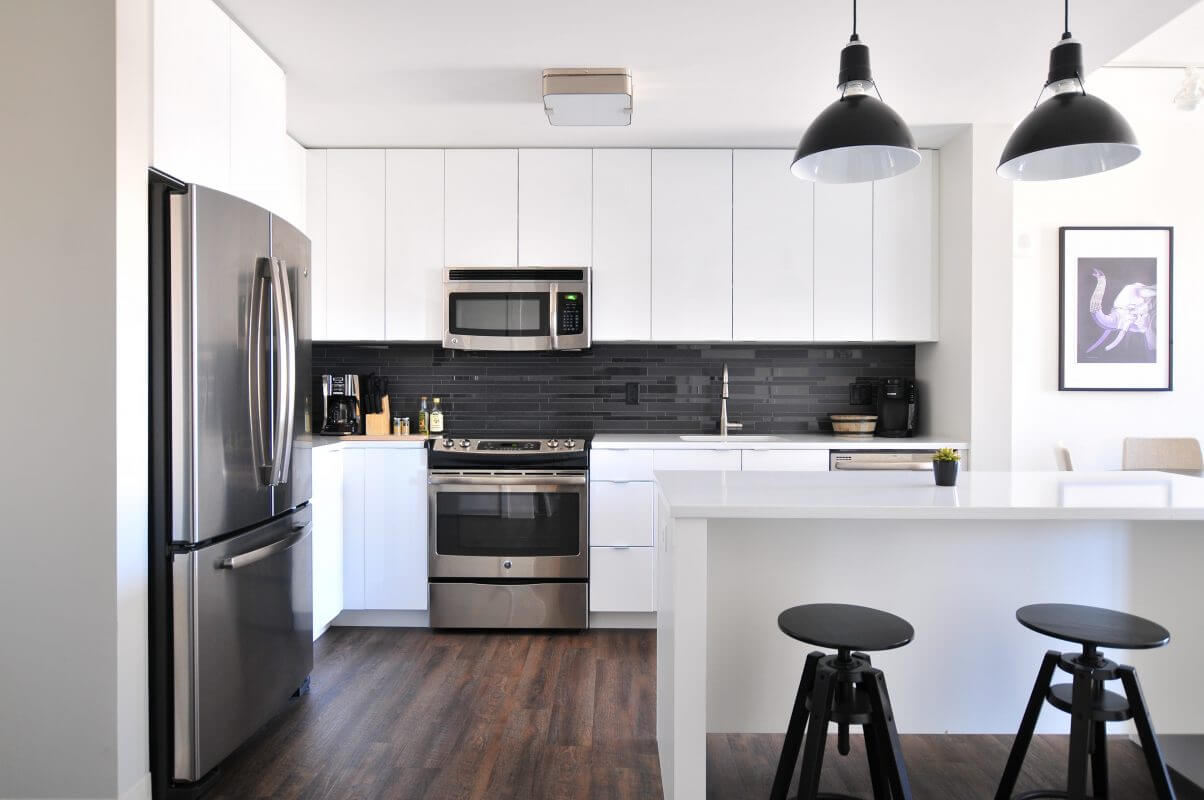 Who Is Responsible For Clogged Drain? Te

If you’re renting a property you (the tenant) are responsible for calling any maintenance issues, including blocked drains, to the attention of the landlord and/or real estate agency who manages your property as soon as possible 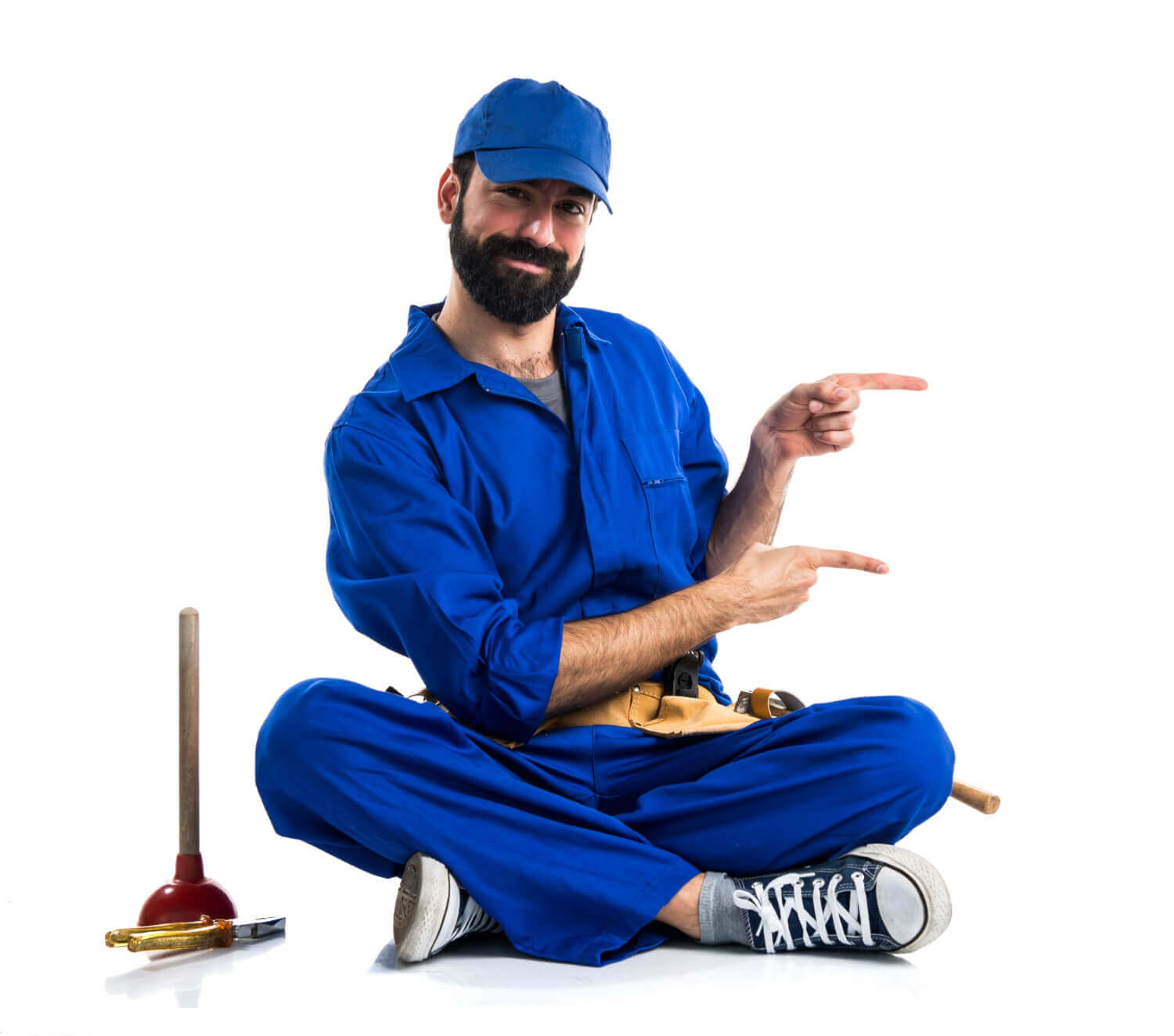 How To Use Drain Plungers and Types of D

Plungers have stood the test of time because they are excellent at unclogging blocked drains and toilets in a snap and have little to no risk to the user. 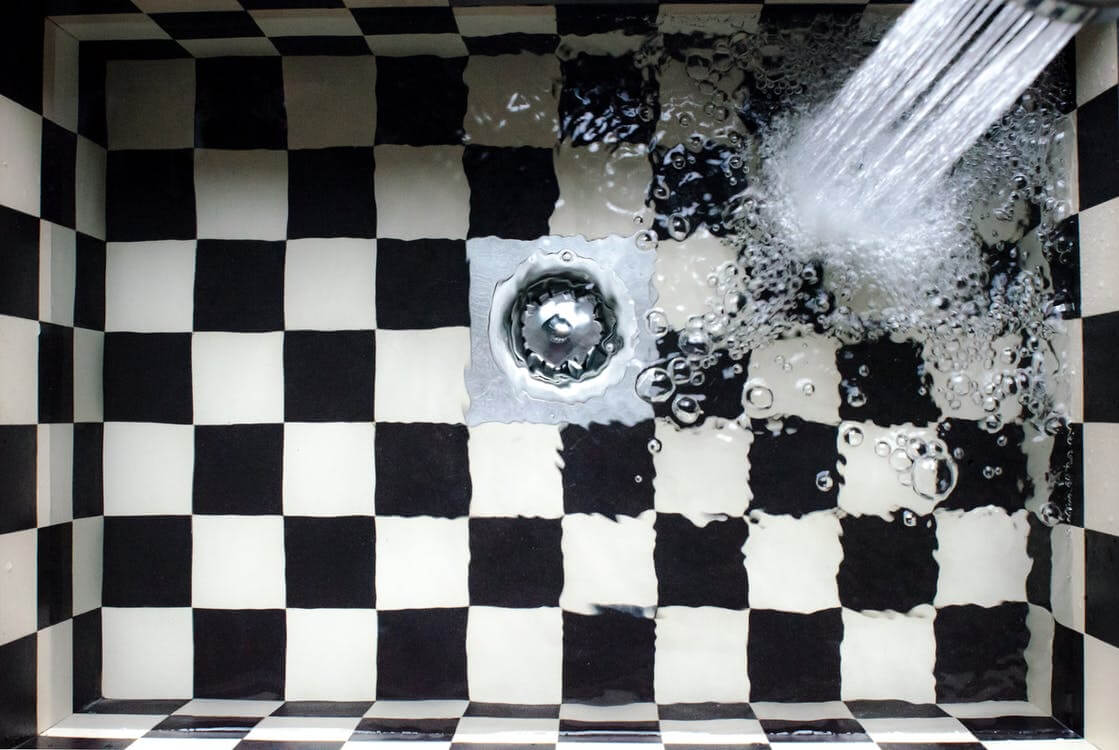 10 Tips To Avoiding A Blocked Drain (All

Blocked drains can quickly lead to all kinds of plumbing issues and when ignored, have the power to affect your home’s entire plumbing system. (Prevent Blocked Drains) 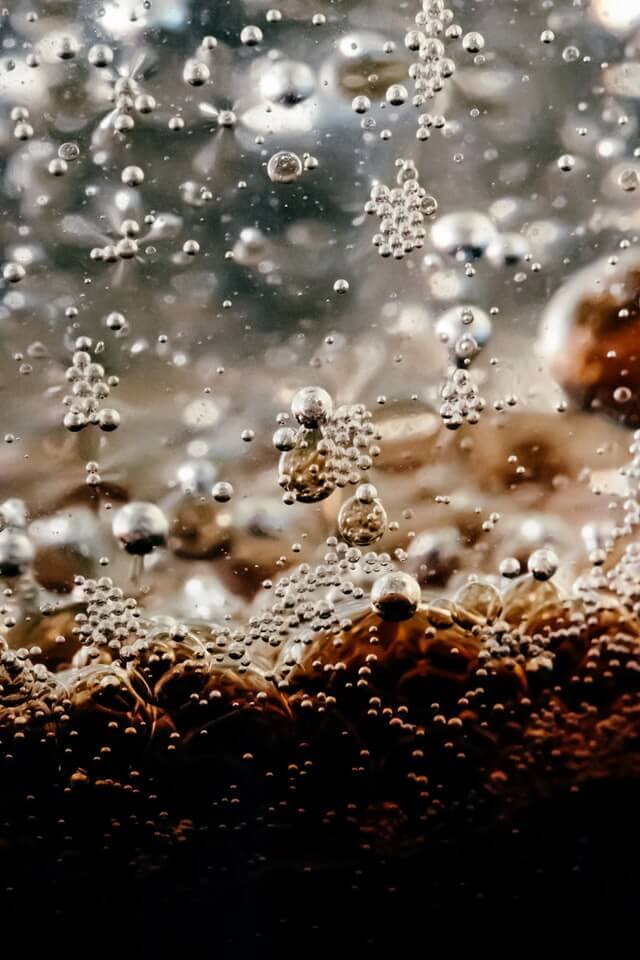 You’ve probably seen the simple cleaning hack with a humble can of coke being able to clean your toilet with sparkling results but will coke unclog your blocked drains?